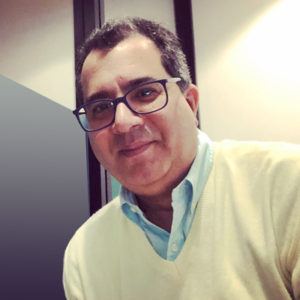 Marcelo Alves is Co-Founder and CMO of DirectBiz Consultants, the first Brazilian consultancy company specialized in direct selling. Marcelo started his career in direct selling at Natura where he worked for 10 years until partnering with his former manager at Natura to start their own consultancy company in 2003. Since then, this company has handled projects in direct selling implementation, sales force hiring and training, legal advisory, omnichannel transition and business model feasibility analysis for local and international companies.

Now that we have gone through the world famous carnival holiday in Brazil, the local market can finally “accelerate the engines” and mobilize its planned efforts aiming to grow the channel and effect more consistent results in sales. Brazil is in 6th position in global Direct Selling ranking. And definitely, technology is a focus of companies in 2020, in order not just to provide best service to the end customers, but mainly to introduce up-to-date tools to the circa 4 million independent resellers which make of this activity more than a mere part-time complementary income option.

Besides the proper dedicated DS management platform implementation which manages critical processes as model configuration, resellers and leaders registration and allocation rules and KPI setup, nowadays technology strategy planning for local DS business encompasses the “last mile” tools, the empowerment resources that the company will provide straight to the independent resellers. This is in order to confirm their relevance as the channel that best reach the customer in its person-to-person attendance needs. This task demands attention to some peculiarities in our market which leads to different scenarios for channel and sales force engagement. Investments in technology, whether to empower the channel or streamline service or to improve the experience of the end consumer in omnichannel operations, must be in accordance with the Brazilian reality and aligned to priorities of the main direct selling models practiced locally.

Any decision in this field must be based on two relevant pillars: 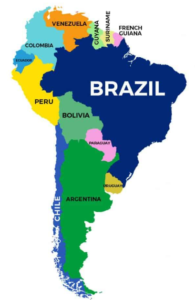 notorious. But it is important to mention that in Brazil, foreign companies and newcomers must deal with the negative reputation legacy of malicious companies that existed here in the past who left their undesirable marks.

The Brazilian Association of Direct Selling Companies (ABEVD) has been doing continued efforts to clarify and advise entrepreneurs in order to mitigate this distrust and automatic relationship that is still made here between Multilevel Companies and pyramid (or “Ponzi”) schemes – a ghost that came back to haunt the local market last year, backed by cryptocurrency-based empty promises.

That’s why MLM model is majority in number of companies in our local market – and keep on increasing. But more than half of the national direct sales market’s revenue are still concentrated on “single” or “mono” level model operations (or its “bi-level” variation, as it is usually called in Brazil the commercial structures of direct sales in which independent resellers evolve to conquer a leadership role, receiving commissions by the results of their teams). This is a classic model practiced here by large omnichannel companies such as Natura, Jequiti, Boticário and Avon.

That said, we have the scenario that highlights the different focuses of technology adoption in the country. For MLM operations, tools based on the RWS concept are fundamental. They reflect the classic dynamics of purchasing activation kits by leaders preferred customers who mobilize this clientele through links to their “virtual stores”. These stores replicate the corporate website and whose logistics are fulfilled by the company – or, in a growing local business model trend, can be attended by a Distribution Center Franchise.

For models in which companies mirror their strong option for prioritizing the direct sales channel, without adopting e-commerce for end customers, the IT strategy must consider the growing use of solutions that accelerate the sales process and empower the channel in direct action with consumers, inside social media and messaging apps running in smartphones. In such operations, local applications that engage online sales and virtual catalogues and facilitate real time commissioning of the channel using messaging app APIs such as WhatsApp and FB Messenger have grown significantly. This is the reflection of a reality different from the Latin America average trends in smartphone usage and mobile access. For example, WhatsApp is massively used in 55% of the 215 million active Brazilian mobile lines – in a country with 209 million inhabitants. The last report from GSMA records a rate of 81% in smartphone adoption, against a 67% average rate in Latin America.

Precisely because of the differences in access, per capita income, culture and logistical challenges brought by its dimensions, enormous and promising opportunities lie here. This is the keystone for IT strategies that aims channel empowerment in the present time, and yet committed to keep and evolve the people-based network relationship-related nature of Direct Selling since its inception, meeting the convenience and personal consultancy needs demanded by the new customers generation, and still leading to increased profits for the channel in such a challenging new era for Direct Selling.