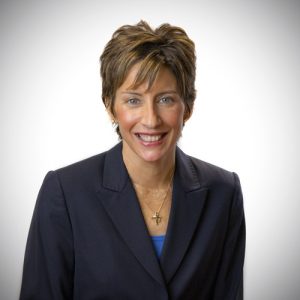 I have a Bachelor of Arts degree with a major in Political Science. I wanted to be a Lawyer for a long time, then thought I would go back to school to be a Professor. Yet, I ended up in Sales & Marketing. I love it because in Sales & Marketing there is always so much to debate, teach & learn, so it is very fulfilling!

My dad owned and operated a car dealership and I wanted to work with him. I wanted to be his corporate attorney. I have always enjoyed helping others. So, it was my dream to work with the family business and help others. I am grateful I am living my childhood dream, just in a different industry.

What were your past experiences before your current role at Team National?

I worked at a family owned business out of college, and it was a great experience. I was also involved in a direct selling company, right industry wrong company. I learned a lot, mostly I learned what not to do! I was also in Medical Sales which was commission based, and it paid monthly. It taught me a lot about independent sellers, since I was one for several years. I have held several roles at TN and have worn many hats. That helps me relate to our staff and see their needs. 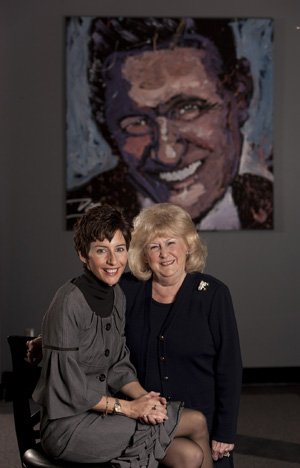 My positive can-do attitude. I care about others and allow my heart to help me lead and learn. I also have been very blessed with so many amazing mentors inside and outside of the direct selling channel. My parents taught our family The Golden Rule: To treat others the way you want to be treated. It has served me well to think about that before acting.

My dad was one of my mentors. He was smart and charismatic. In 2006, he made me President of Team National. I was so honored that he thought enough of me to allow me to take over that important role in the company. In 2006, the company was having terrific growth. And, although he was battling his cancer, he was winning the battle at that time, so I didn’t know he was going to promote me. I was so inspired and proud that he believed in me.

It is amazing! Business is business, but with direct sellers you have the opportunity to encourage, inspire, connect and empower others every day. You have an opportunity to do more than the tactical business duties. You are blessed with independent reps that have an entrepreneurial spirit and want to make a difference in the world.

What is your biggest achievement at Team National?

Being in business 20 years is a big business achievement for any business. At Team National we have been through highs and lows, we lost a dynamic founder and went through a recession. I am glad myself and our team have stayed humble when we were up, and hopeful when we were down and are now celebrating 20 years!

It is an emotional people business. The greatest joy is the emotional people side of it, but it is also the biggest challenge because people hurt people. People leave, people change, people disappoint and you want so much for so many, but they have to want it as well.

Be yourself and fall in love with the people, the products, and the opportunity. Direct selling is amazing and the good far outweighs the bad. Every position has stuff we do not love, but in direct selling there is so much more to love.