In recent months, I have noticed an uncertainty in the air in the market about the future of direct selling in Brazil. Even though there is the traditional speech that this sector stands out in times of crisis, such as the one we are living right now, we come across news that create negative expectations for the sector and the first question that comes up is: Does this business model have future in the 5th largest direct selling market in the world? I do believe so. 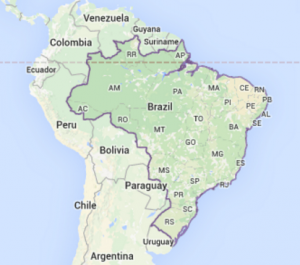 (Brazilian Direct Selling Association – ABEVD), is not limited to a few companies. It consists of nearly 200 companies between micro, medium, giant and new entrants. They are responsible for bringing not only cosmetics, but also clothes, shoes, education and even health to places in Brazil that are lesser-known and where technology is at an early stage of development or hasn’t arrived yet. According to the study “State of Connectivity 2015” by Facebook, the country has around 58% of the population online, and 86 million people still lack access to the Internet. Thus, it appears that when we question the impact of technology in the direct selling market, we limit our vision to emerging regions and we end up forgetting that Brazil is huge and many regions are short of technological development, which makes the work of more than 4.6 million resellers still important for Brazil’s economy.

I do believe so, because even with the technology advances, the reseller has a competitive advantage when compared to e-commerce or even the physical store: Proactivity. In a store, whether real or virtual, the selling process is reactive, and begins by consumer initiative. In direct selling, the sale is proactive, as the reseller is free to show the product and keep a closer relationship to awaken the desire to purchase in its customers. And the brand gains competitive advantage by being able to intensify this attitude using incentive campaigns, promotions, career plans, among other actions. Some of these promotions are lost among other channels that we are daily exposed, either through emails, websites or by traditional media. Even with all these channels available, the reseller has a key role to guide the customer, offering only what really has value to the customer. Thus, the reseller acts as a distribution channel that has the ability to go to the customer, customize the offer, overcome objections and seize the opportunities.

The last point that enhances the continuity and growth of this market is that we are experiencing a retail business movement in the adoption of direct selling as another strategic channel for the companies, mainly to expand its operations to places where it is too expensive to open a store. Today, at least 13% of companies that operates in direct selling come from traditional retail, according to a survey by Gera, and we foresee that this number should increase in the coming years.

For all these reasons, I believe that direct selling will continue to exist, but will undergo a major revolution and the questions that are being made today will lead it to a new phase, where it will be integrated with other channels and will be part of the multi-channel strategy of any company.