Jeremy Cosnefroy is French and has lived in Russia for many years. A finance graduate of both French and Russian universities, he developed and ran an MLM company in Russia for five years. In 2011, motivated by the sensational potential of Russia and the CIS countries, Jeremy founded the first executive search and consulting company dedicated to the direct selling industry in this region. Jeremy is a partner of Meridian Group and he also collaborates closely with the Russian Direct Selling Association and works with numerous direct selling companies.

The Russian market shows a constant growth since many years, and set the ground of a liberal market economy allowing for the development and the success of direct selling.

It is obvious that  this channel of distribution is progressing in Russia,  supported by the increasing number of companies, the development of the population’s purchasing power and the currency’ stability. However, known as one of the most promising market, Russia remains a puzzling one.

It is important to say that more and more foreign companies are settling on the territory or are considering to do so in a near future. Indeed, like all large emerging markets, Russia has the wind in its sails and is considered as a crucial market in an international development strategy. Besides foreign direct selling companies, there are many Russian entrepreneurs who tried the experience of direct selling and are successful.

In most cases, marketing in Russia is a real financial success for the companies, thanks to qualified employees with a good professional background on direct selling.

Indeed, with 140 million inhabitants, Russia proposes a sensational market for those who would like to invest in this country. There is a real fascination for western products considered as avant-guardiste and of high quality. Most of the companies use a multi-level compensation plan, recognized as the most profitable in the distributor’s mind; most of the time sales are performed in a “person to person” manner rather than in “party plan”. Nevertheless, don’t be surprised if your distributors are registered in several companies at the same time, this is quite common.

The Russian territory itself, the largest of the world with 9 time zones, requests organisation and serious logistics. The most

commonly used method to make home delivery is the national postal services, as long as orders do not exceed a certain weight.  The other available option is to deal with private parcel delivery companies.

An area of free circulation of goods exists between Russia, Kazakhstan and Belarus and other countries should soon join the customs union. The creation of this union which was put in place two years ago represents a real commercial progress for the development of the direct selling industry in Russia, offering additional expansion opportunities.

In conclusion, do not think that the Russian market is already saturated! On the contrary, the youth of this innovating and modern distribution channel added to the growing demand of the population for new products demonstrate that there still are many opportunities for companies wishing to enter the Russian market, with perspectives to catch important market shares.

2 thoughts on “Direct Selling in Russia” 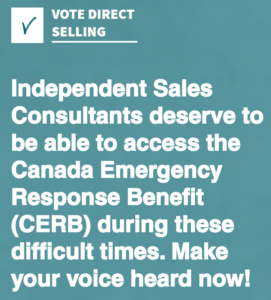